In a Hurry? Here’s Our Top Three 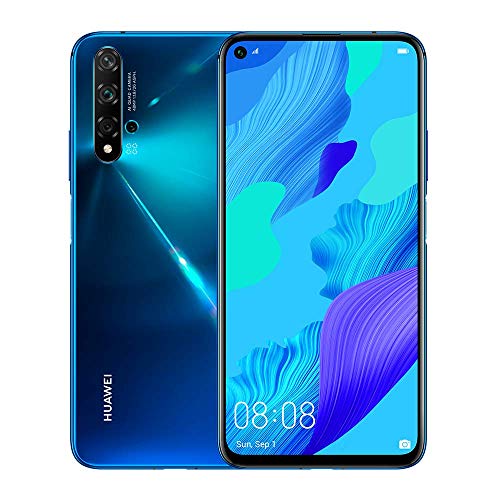 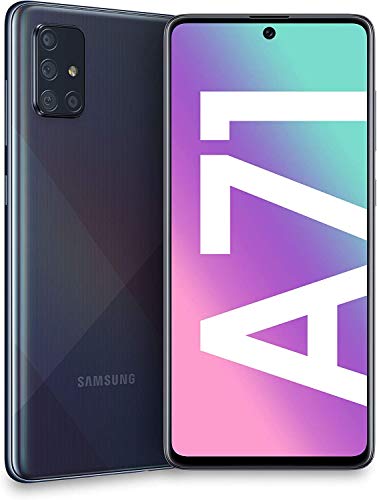 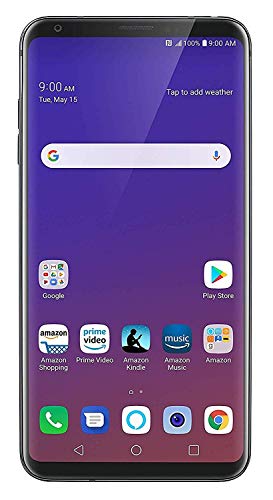 These budget gaming phones were selected based on some of the key features you’d need when playing your games, from the quality of the phone display to the power of the battery to the internal storage space you get, the RAM, chipset and the operating system. So you’re sure to get the features that will support all of your gaming demands. 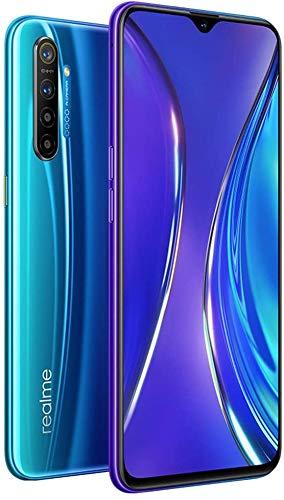 The Realme XT is the top choice among our budget gaming phones, coming with features like an 8GB RAM, 128 GB internal storage option, 6.4 inches large AMOLED screen, a 64MP Quad Camera on the rear, a 16MP front-facing camera and a Snapdragon 712 chipset.

One of the first few things I noticed about the Realme XT was how fast it charged even when I was gaming, something you don’t find on many smartphones out there. The Snapdragon 712 chipset is an amazing standard as it can run the latest games with ease, no heating no lagging.

We pushed PUBG to the highest graphics settings and the game looked great. While the Realme XT performed well on the graphics front on this game and others, I noticed that there were occasional frame drops and slight warming up around the camera area after a few hours of nonstop intense gaming.

The battery was also something I appreciated about this device. Its 4000mAh battery was able to carry us for around 15 hours of gaming, streaming Netflix shows and listening to music non-stop. When you’re not actively using the device, it seems to have good standby times as the battery hardly dips even if you keep it away for a whole day.

Overall, the Realme XT remains one of my best options for games that have a high performance and graphics demand. 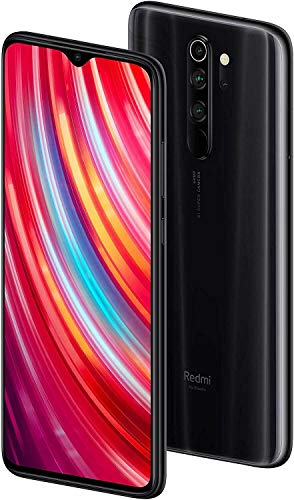 The 4500mAh battery that comes with the Note 8 Pro and its Qualcomm Snapdragon 675 chipset are two features that are sure to give you amazing gaming performance. On our test, the Redmi Note 8 Pro delivered well on gaming, from delivering a pretty smooth performance to not having lags or snags of any kind.

The Redmi Note 8 Pro comes with a 6GB RAM, a 128GB internal storage option, and a 6.53 inches large screen. The device allows you to expand the internal storage using a microSD card to a maximum of 256GB. One other feature that I appreciate about this device is its Android 9 OS, which means you’d be getting support for a lot more games than lower versions of the OS.

You’d also get other game-enhancing features like the MediaTek Helio G90T, Mali-G78 GPU, and LiquidCool vapor chamber which helps to maintain the temperature of the device even when gaming for lengthy periods. The 12nm Helio G90T also handles gaming well, so I think the Redmi Note 8 Pro deserves a pass on the gaming front.

We played PUBG Mobile on this device and it was pretty smooth. The only time I noticed lags and snags was when gaming with unstable internet connections, and even at that, games didn’t crash or freeze. 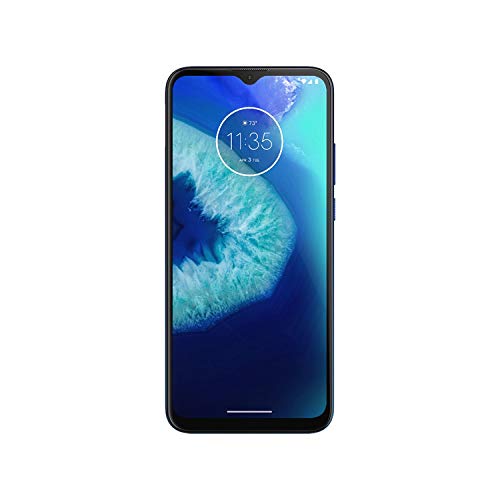 We couldn’t get enough of this Moto G8 Power Lite 5000mAh battery. The device ran for around 18 hours on gaming, video streaming, and music streaming test, which was great. I loved that the device also comes with a 10W rapid charger out of the box, but I felt it doesn’t charge as fast as possible as it took around 1:35 minutes for the battery to be charged to 100 percent from 0.

In addition to its powerful battery, the device comes with a 4GB RAM and 64GB internal storage. The Moto G8 Power Lite also comes with a 6.5 inches big display, Android 9.0, Octa-core processor and Mediatek MT6765 Helio P35 chipset. I didn’t experience any kind of glitchy performance on the Android 9.0, there were no bloat or system ads, and there were no preloaded apps, so you’re left to download most apps you need from scratch.

On the gaming performance, the Moto G8 Power Lite handled PUBG Mobile well enough, although I felt the chipset was a little drawback as it’s not what most games we find in recent months fully support. 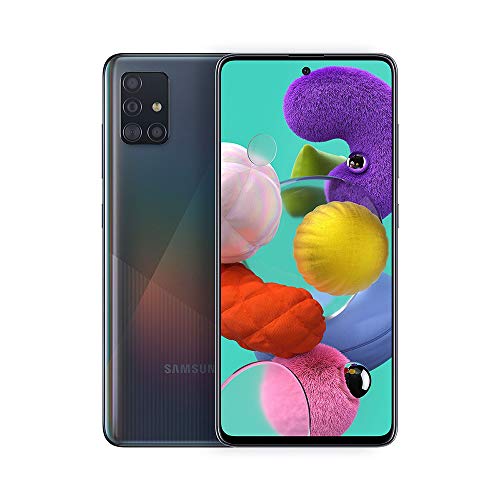 The Samsung Galaxy A51 is based on the Exynos 9611 platform, it comes with 6GB RAM and 128GB internal storage that is expandable. On our test, I played PUBG and Asphalt in Smooth and Extreme mode, and it worked great.

The device comes with a 6.5 inches Infinity-O Super AMOLED Full HD+ display with a 1080×2400 pixel resolution and a 20:9 aspect ratio. The bezels are very slim, the screen protector comes installed, and the display is pretty responsive for gaming. I didn’t experience any issues having control in fast-paced games, and that’s a pass for me. 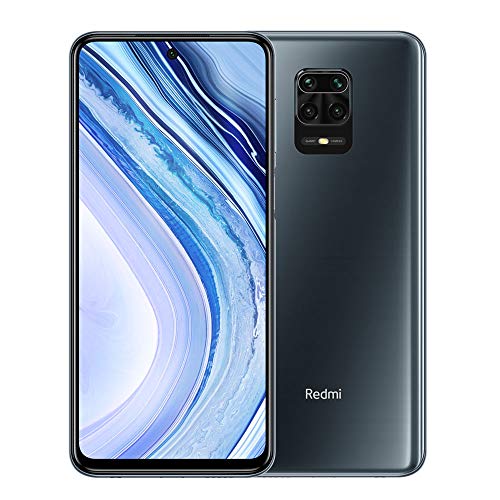 I loved how Xiaomi returned to the Qualcomm Snapdragon platform with the Note 9 Pro. The Note 9 Pro comes with a Snapdragon 720G chipset, which comes as a combination of two Kryo 465 Gold cores and six Kryo 465 Silver cores. On the graphics side of things, the device comes with an Adreno 618 GPU.

On our test of the screen for gaming, I loved how seamless the operation of the display was for even the most demanding games. I didn’t have issues with clicking as all parts of the screen was very effective and the response was as sharp as possible. I should also add that while the graphics was turned to the maximum, I didn’t notice any stutters and lags.

The Note 9 Pro also comes with a 5020mAh battery, which proved to be one of the standout features of this device for gamers. The phone ran for around 17 hours on long, heavy usage. We played games like PUBG Mobile and Asphalt, streamed Netflix shows, and streamed music, and the battery seemed to hold up just fine. While the battery holds up well, I felt one of the main shortcomings of this device was that it doesn’t charge fast, its 18W charger took around 1:40 minutes to charge from 0 to 100 percent.

Here are the Gaming Tablets Under $200.

Last update on 2021-01-15 We are an Amazon.com, Amazon.co.uk, and Amazon.in affiliate and earn from qualifying purchases through our links at no extra cost to you.